California is shaky: nearly 7000 quakes in the last 365 days according to an earthquake site. Years ago, when I lived in Anaheim there were constant mini-quakes. I scooted out of my apartment building even though a neighbor said “No worry, it’s earthquake season.” I worried anyway. And like most people living in the Pacific Northwest, I’ve been through several. But the worst was in Rome where an interior wall in our apartment split from floor to ceiling (and far more importantly caused severe damage to the basilica of St. Francis in Assisi). So the prospect of a tour to the San Andreas Fault gave me pause. 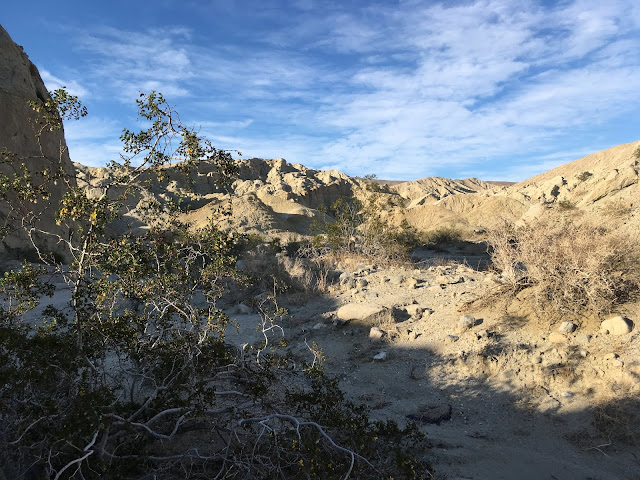 The infamous fault runs about 800 miles from northern California to the Mexican border. It’s formed where the Pacific Plate and North American Place continually scrape together as one moves in a southerly direction and the other toward the north, resulting in earthquakes—many small and some deadly large. The jeep tour was on the Metate Ranch where if you expected to see a gigantic crevasse, you’d be disappointed. But the ground is rough and rocky with narrow slot canyons created uplift from the movement of the Plates and carved over the eons by wind and water. 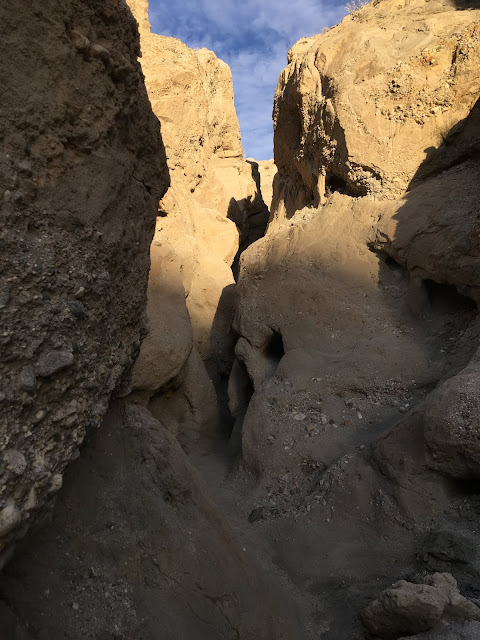 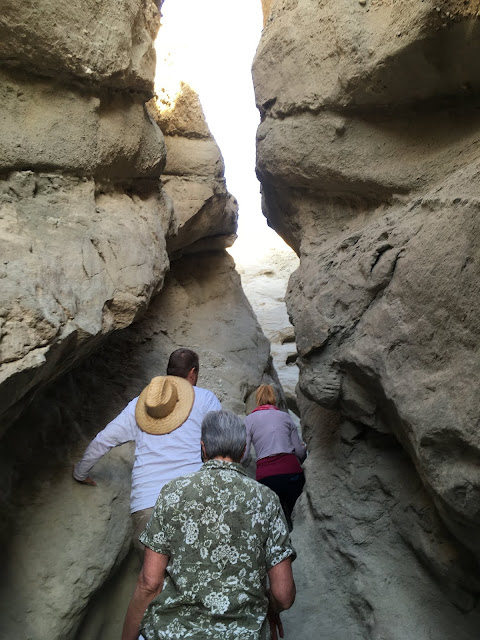 No one knows when the next “big one” will take place but it thankfully didn’t happen on that day.

Besides squeezing through the slot canyons, the tour featured a mock-up of a Cauhilla Indian village with a pond, sweat lodge & living unit made from reeds that grow in the pond. Up a steep little hill, was a large rock with holes formerly used by the Indians to grind grains and acorns, a food staple made into a porridge. 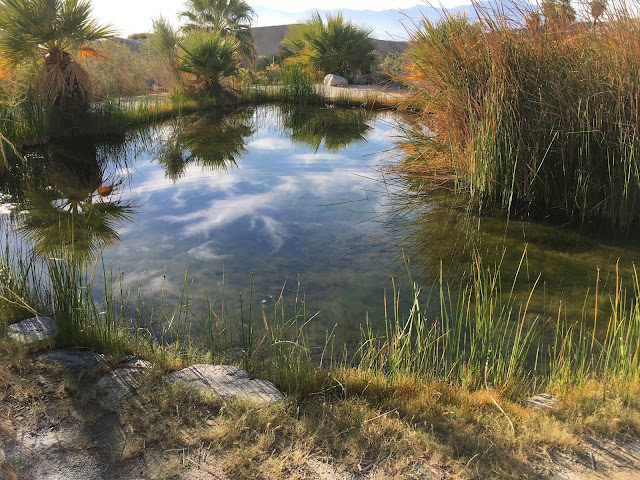 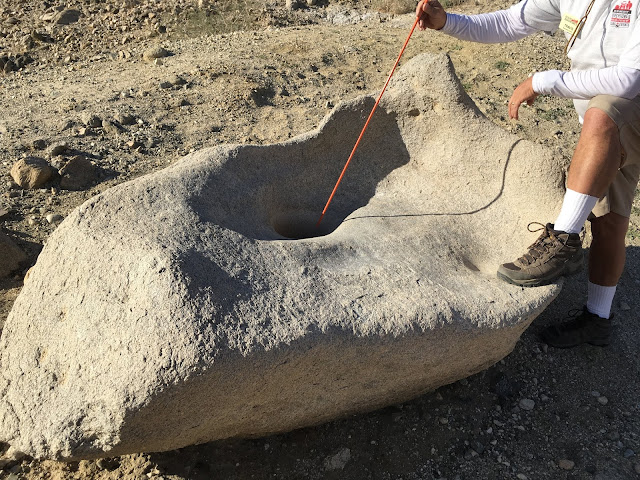 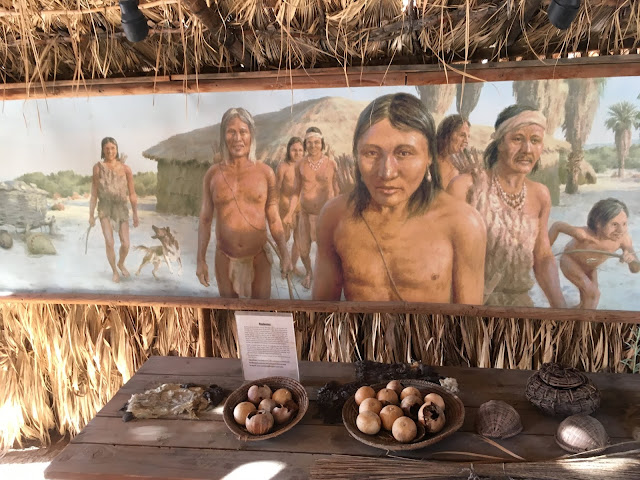 Their diet was more varied than I'd assumed and also included pine nuts, mesquite beans, seeds and small animals such as rabbits and lizards, along with the fruit of the California Fan Palm. Native to the area, this palm doesn’t actually produce dates. Instead, it bears elliptical black "berries" about 1/2 inch in diameter. These berries have a very large, brown seed surrounded by a thin, sweet pulp. The tree was all-purpose to natives who ate the fruit fresh or dried, ground the pits into flour and wove the fronds into baskets and roofing. 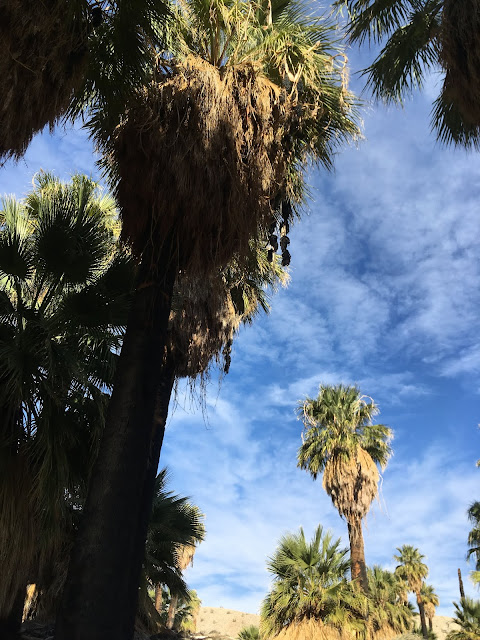 ***
Dusty from the tour but not wanting to miss out another unusual food stop and to learn all about “The Romance and Sex Life of Dates,” we stopped at the Shields Date Garden. The gimmick has pulled in tourists since 1924. 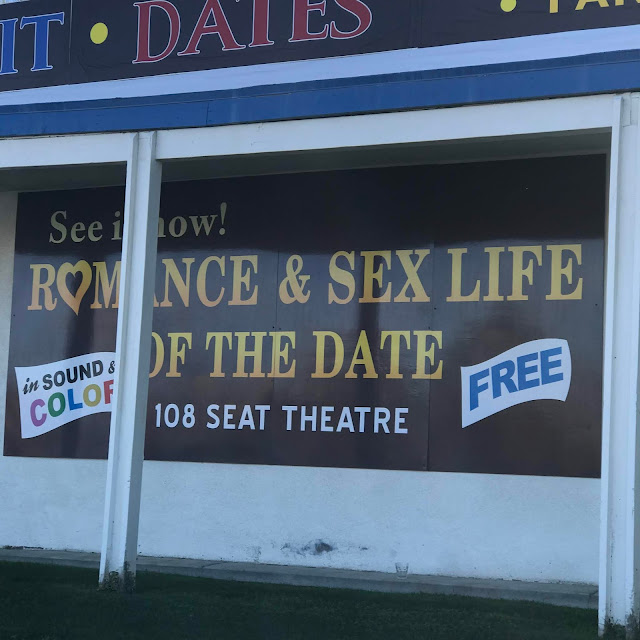 The date palms we know are native to the Middle East where they’ve been cultivated for millennia. The trees were brought to North America by Spanish missionaries in the 18th century. The palms are difficult to cultivate with precise needs for water but happily grow well in the Coachella Valley. 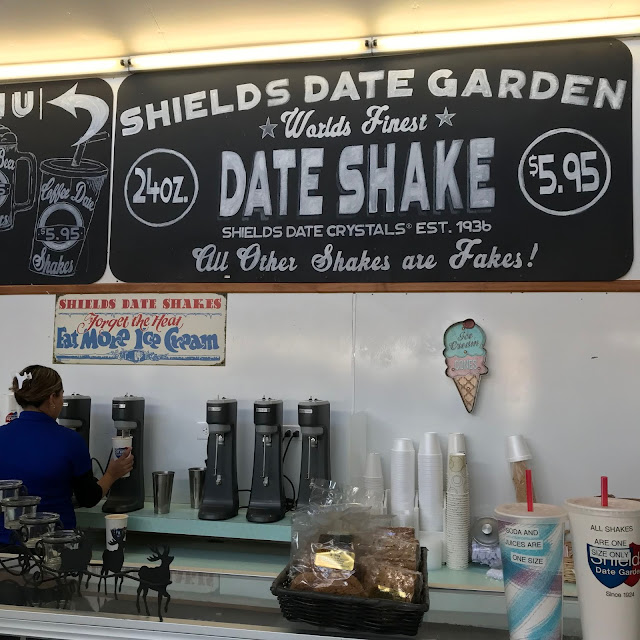 We started our visit with a date milkshake, a treat made with date crystals since 1936 according to their signs – they were delicious but it must have about a thousand calories. Next, we ventured into their theater to watch a movie from, I think, the 1950s  It tells the story of Shields who worked to breed new varieties of dates, and the workers who take care of the trees from pollination to harvest in his palm grove. Disappointingly, it turns out that date palms are actually quite staid and need to be encouraged to get to know each other by the workers who must perch on long ladders as they hand pollinate the female flowers with pollen from the male trees. Definitely not an R-rated movie! 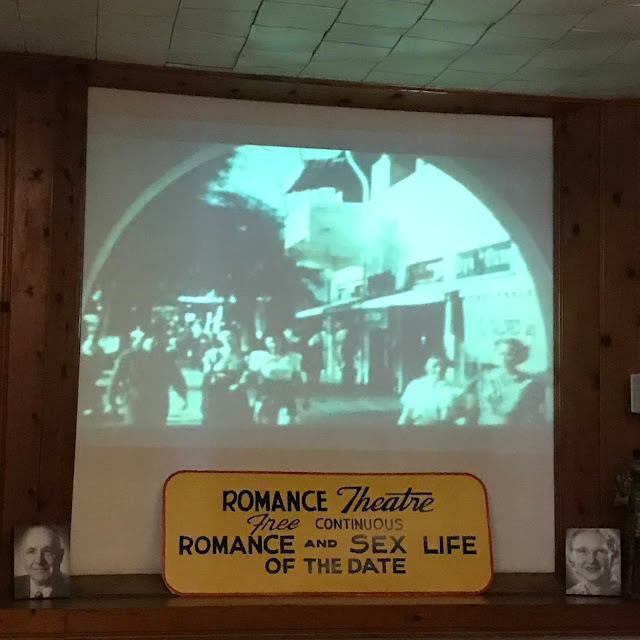 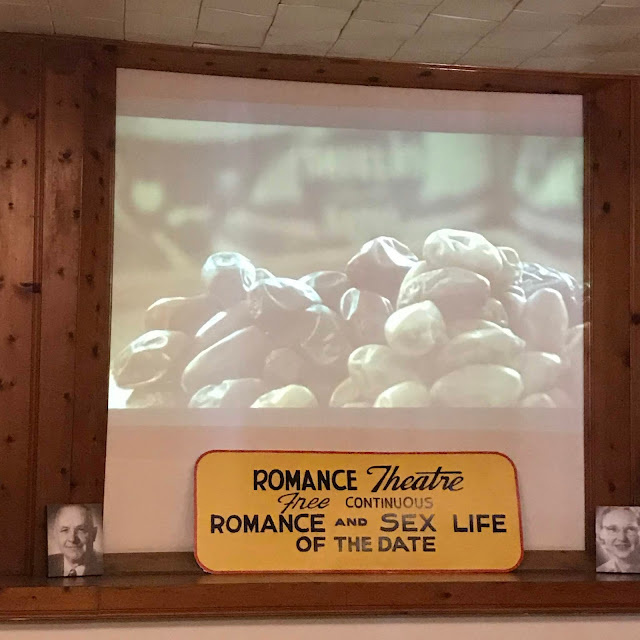 Palm trees always conjure days of sun and relaxation as the fronds rustle in the breeze, so it was a pleasure to amble along the path winding around the grove of towering palms with ladders hung high up, stored until the next pollination or harvest season. 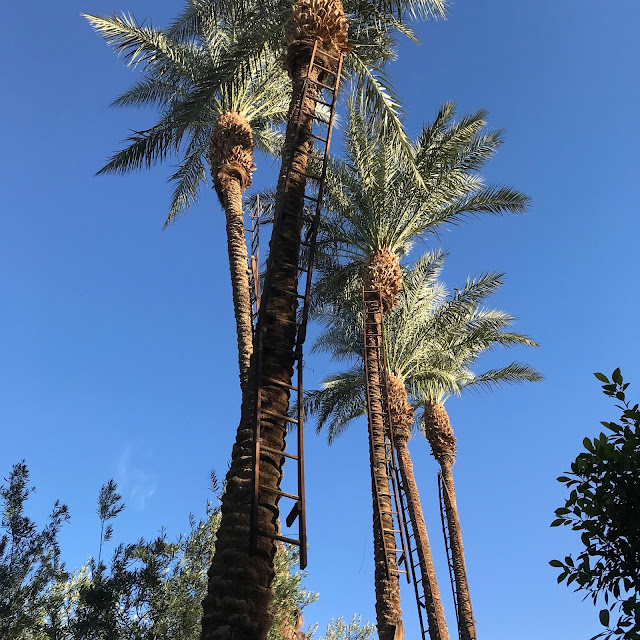 There were two clues we weren’t in some exotic oasis: Life-size concrete statues depicting Biblical scenes and the noise of nearby traffic whizzing by. Despite the distraction, it was pleasant to dream of exotic scenes from the Arabian Nights as we paused to sit on benches to listen to the chirping of birds in the foliage.

The outdoor restaurant had a menu featuring all things dates. But we weren't hungry and decided to browse the gift shop, not for the sugar or crystals but to sample some of the twelve different varieties grown in the grove to decide which ones we’d buy for gifts (and for us). 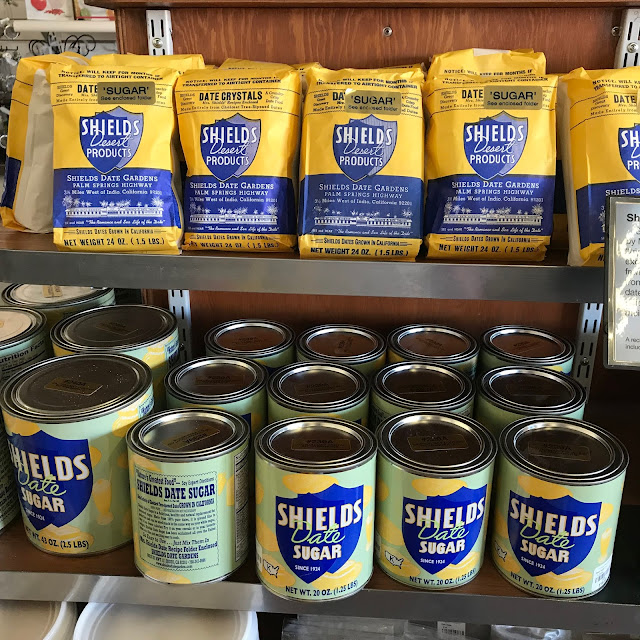 The samples were delicious, much better than those we normally bought in the local stores, but I have to admit they were still nothing like those my former Tunisian boss in Rome brought us from his trips home. They were gigantic and a transparent amber color, and came on a sprays heavy with dozens of the divine fruit for us to pick at leisure.
Soon were were satiated with the samples that topped up the super-rich date milkshakes, feeling like like some of the packages of  dates stuffed with nuts that we’d bought as gifts and for ourselves. It was our last night in Palm Springs. We contented ourselves with snacks for dinner at our condo before packing up for the flight home. Diet to begin the next morning!

Posted by Judith Works at 1:06 PM No comments: